Bashed out the black late last night, they where fairly easy to get done actually. For this series of photos I've added the Helbrute to show off everything painted so far.
First up the Helbrute, this is being played as a counts as Great Unclean One or The Entropic Aspect Of Malal, for the Blood Thirster or Greater Dæmon of Malal's Burning Rage I'm planning Murderfang, Lord Of Change or The Aspect of Change will be another Helbrute and the Keeper Of Secrets or Aspect of Decidence is an old metal Avatar Of Khaine which is next up.
Second is the 2 Heralds, The Saint is The Herald of The Aspect Of Change, Sceamer or Flamer, still undecided and Herald of Decidence.
The Herald of Decidence; Herald of Malal/Slanneshy aspect. Shortly after the fall when Atlanstar was swallowed by the Eye Of Terror several familes where tempted by dark deeds but after dabbleing with darkness they where kicked out of the Craftworld and fled into the web way. Shortly after setting themselves up in bubble in the web way they realised they'd made a mistake when they felt Slannesh searching for their souls, knowing there was no forgiveness from the Craftworld kin, they sort the help of the one group of Eldar who might help them, the Harlequins. The Harlequins took them close to the Black Library but the Guardians would not let them enter, after a while the Harlequins brought them news of way to foil Slanneshs hunger, but at a cost. The Harlequins told them of Malal and the Renegades came into the followers of Malal. Their souls may still be forefit, but they have beaten Slannesh.

The Herald Of Change, What I'm thinking if making in to my Herald of Malal Tzeentch Aspect. When the Necrons came for her Abby the Cannoness doubted her Sisters would be strong enough to defeat them. A voice whispered to her of a way to defeat them, she denied the voice at first. Only when a Necron Warriors Gauss blast took her did she agree to the voices deal, power flowed through her and she burned the Necrons back, her sisters where also gifted as well, knowing that the Imperium would never welcome them again The Cannoness and her surviving Sisters took their ships and fled into the Warp and into the arms of Malal. Now fingers crossed the plastic Sisters are coming soon or even this small army might get very expensive. Both photos of the Jet Bikes the Seekers, just need to get my paws on a couple more. Quick question though, does the line look straight? And lastly the last of the Harlequins, an orginal Solitaire, a Death Jester and the last Trouper for Troupe 1. 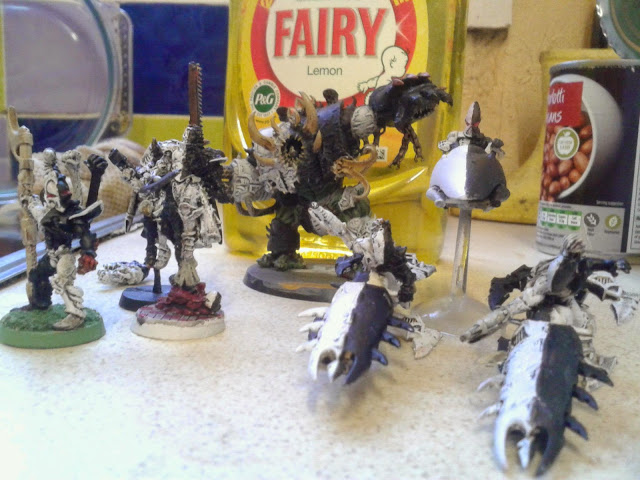 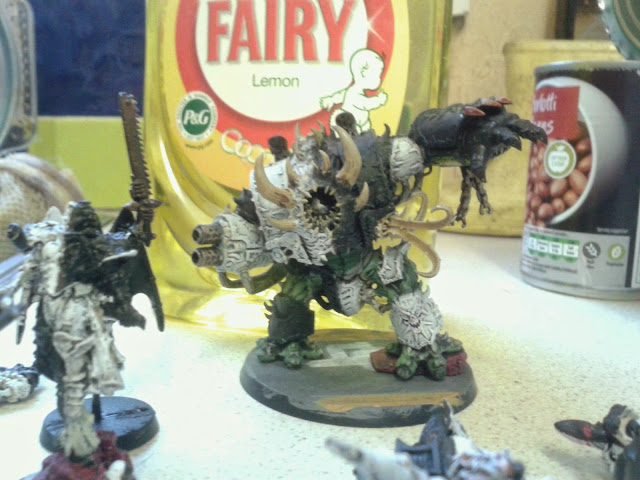 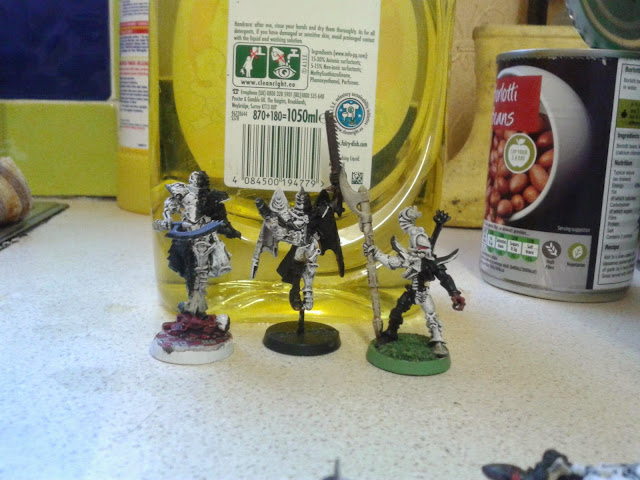 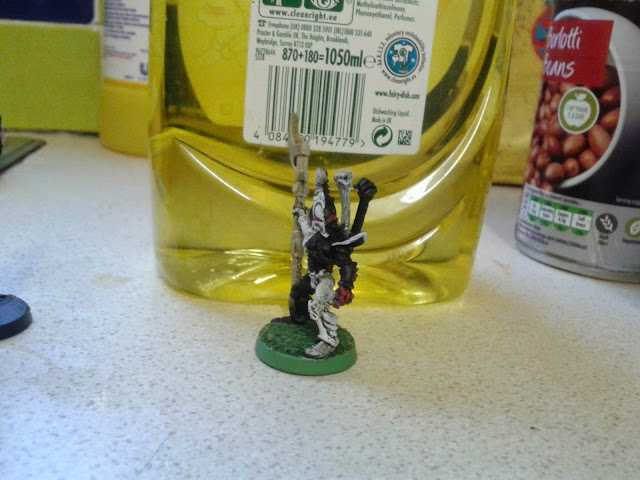 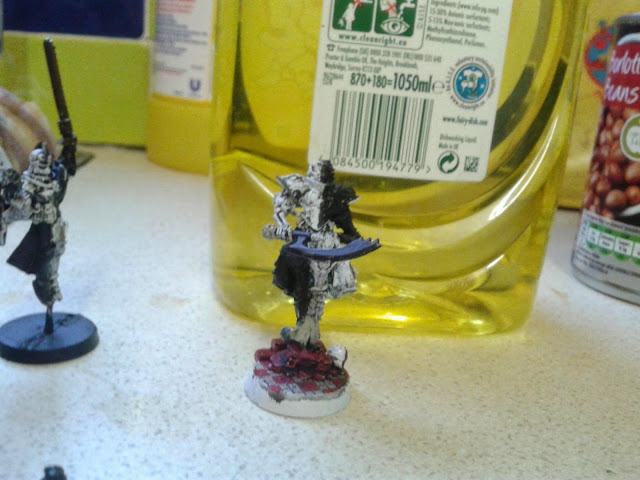 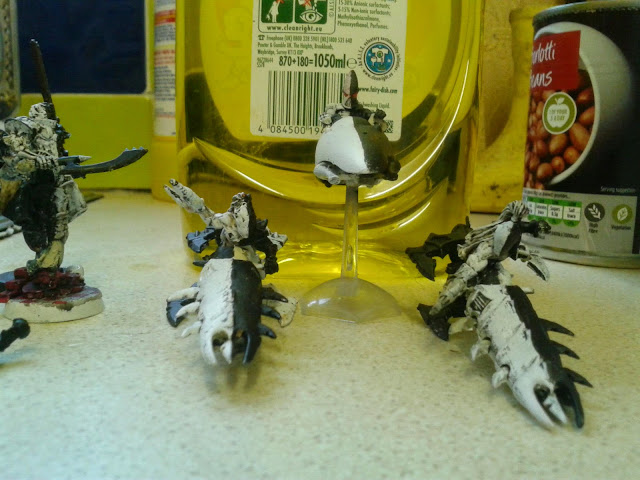 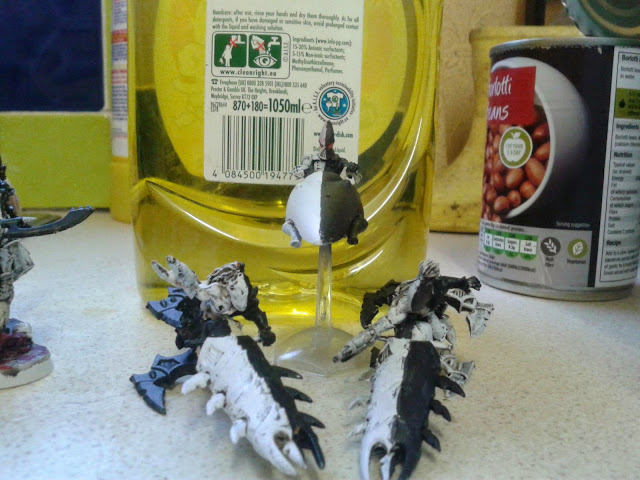 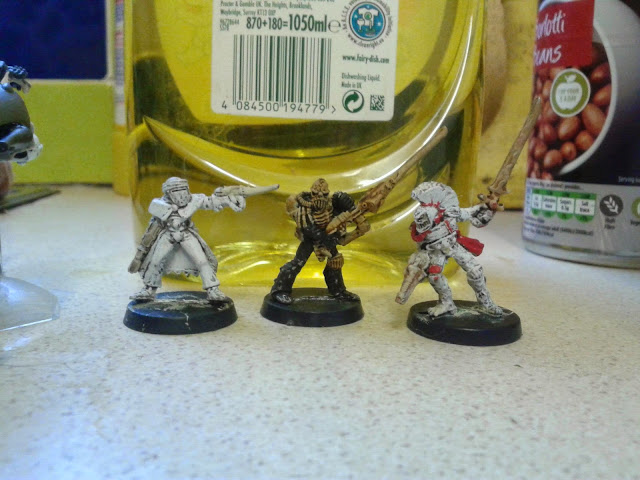 Posted by Poxy Proxy Predator at 13:36