The old metal version arrived just after new year, the heavy bolter back pack arrived on the day after.

For parts used the body is the Indomitus Captain, a Tartarus power fist and the storm bolter, which has had the magazine cut off, so it sits on the wrist. I'm using the metal head and banner from old Pedro as well.

I just need to find the blasted tilt plate. 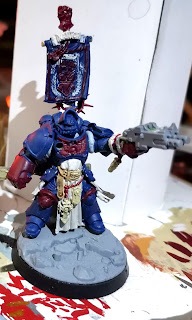 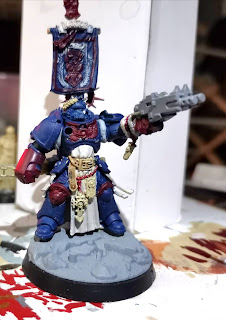 I've swopped the bolters from the mk3 and was originally going to use the raised visor helmet, but I think using the old helmet ties it more in with the old one. 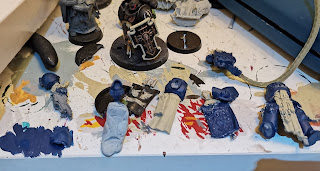 Once everything is in place and finished I will fit the Zinge Industries ammo feed to Dorn's Arrow.

Posted by Poxy Proxy Predator at 09:36