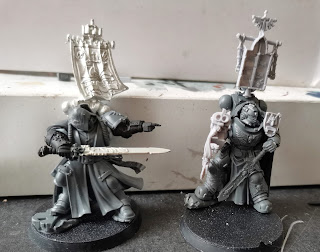 When I got home from work on Thursday morning I found the order from GW had arrived with the fine cast Beliel anda second Ezikael, I have a third on its way as well, that I guess I'll have to paint as Ezikael as well. 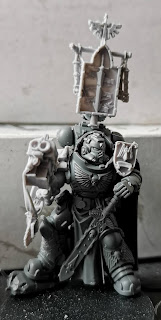 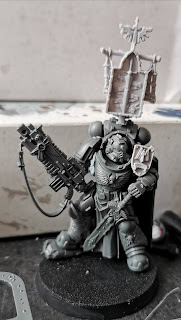 I started off by building the captain, unfortunately, unless I cut that tabard off that sword is staying, with the cloak going over the shoulder and joining the robe somewhere behind the shoulder pad, there isn't much chose in which arm to use either. I was able to use the tilt plate on this, one instead of the broach that the captain uses on the robe.

I did trim the rifle off while I checked which arm looked better and I'm looking at putting a tiny bit of movement on the fine cast arm as that has a nice carved chapter icon on that arm.

The banner is just a straight fit in front of the current decoration on the power pack. 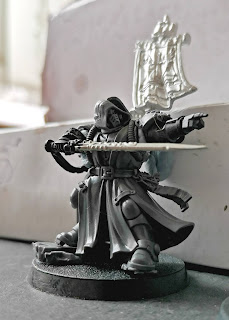 The action Ezikael got his power pack, everything else was already in place on this one.

I did green stuff something basic over the eye. 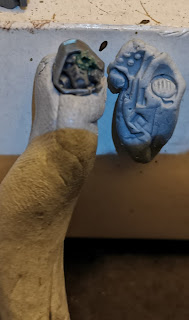 It does look better in the flesh.

I've also filed a tiny bit off the side of the head so it sits a little better, with less leaning.

Posted by Poxy Proxy Predator at 20:06