Okay, did something stupid and deleted blogger app from my phone and now I'm not able to reinstall it, do trying something else as well as sending Google an email complaining about it.
So Harlequin Codex is on order, picking it up on Sunday, I'm rather worried that currently my army doesn't match any of the Formations that have leaked meaning I may have to work something out. 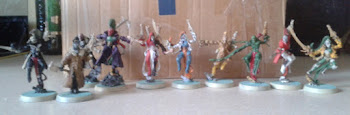 The Star Players, mostly based on Batman Villians. 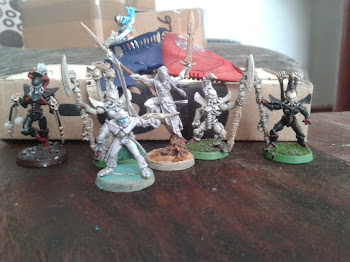 The Master Mimes and my options for Solitairs with the Venom they'll ride in. 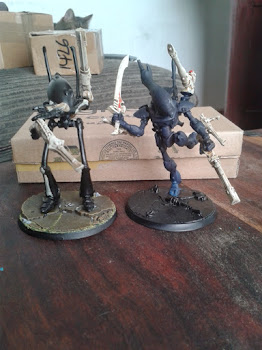 The Wraithlords, spent a lot of time playing Red Dead Redemption when I built the Shuriken Cannon Wraithlord, the other I got from ebay so had to make the most of the pose. 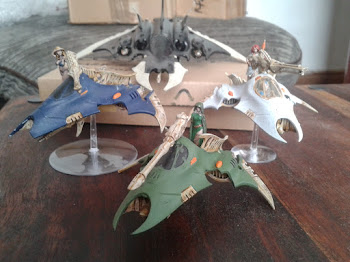 The Maiden, The Mother and The Crone. 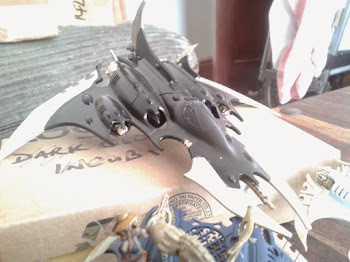 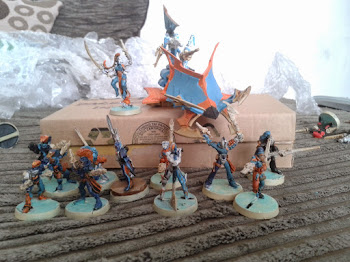 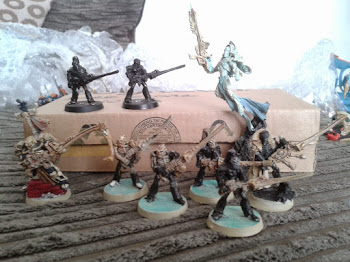 The Death Jesters, this unit will be most likely used as Shadow Spectors. 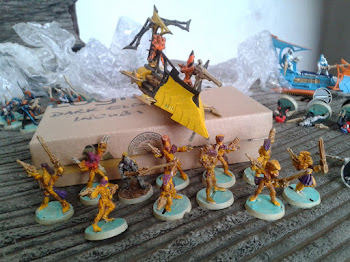 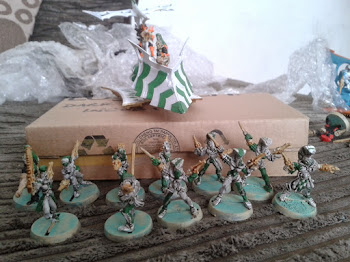 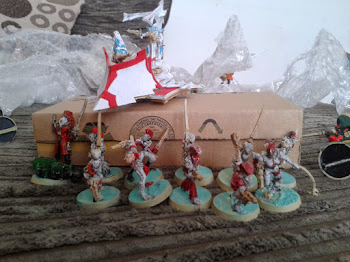 Troupe Creegan, this guy was based on a recuring bad guy from Cleopatra 2525. The League Of Shadows, my Mimes.
Posted by Poxy Proxy Predator at 19:29

I love all the old models in your collection, really adds some character.

Same with the wraithlords etc- are you going to be allying in Eldar/Dark Eldar to get the flyer/wraith units, or just going unbound?

I've been trying to work out how exactly I'm going to be playing Harlies as well, alongside my DE and Eldar...I think the best bet is to take Harlies as the primary, and Eldar allies with a farseer/dire avenger wave serpent, or allied DE with an archon and raiders for everything to ride in.

Plan A for now is to take them as Unbound, really need to get my paws on the Codex to decide on how I will run this army in the long run. I will try the Raiders as Starweavers first, just hope that Raiders are an option in the codex.

Yeah unfortunately, we have the full codex leaks out on the web, so we know exactly what's in it - no raiders. No mimes. You've got:

And that's it. Some really nice formations though, and great special rules, so it should be a lot of fun. Plus, they can ally with Dark Eldar, so you can always take Raiders in the fast attack slot and place Harlequins in them.

So Mimes just become another Troupe, which was how I was running them anyway, just called them Mimes. Beyond that, bollocks will just have to play them as Unbound like I already was.