What I've Done While The Weekender Was On.

I'd dug the Storm Raven out last week so I could get the Storm Talon painted in a complementary style, I think it matches closely enough. I also dug out The Glorious 1000 and placed the Storm Talon in the same box for now. As I've planned the Storm Talon has some attempts at tribal designs on the sides and I free handed a shark on the shield rather than the blood drop as this is the Carchardon part of the army. 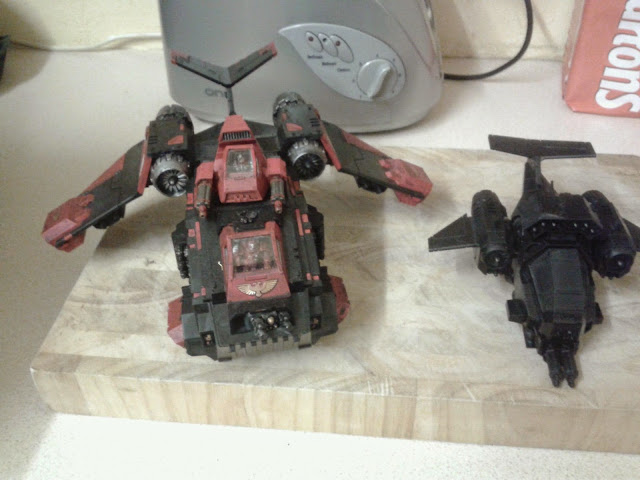 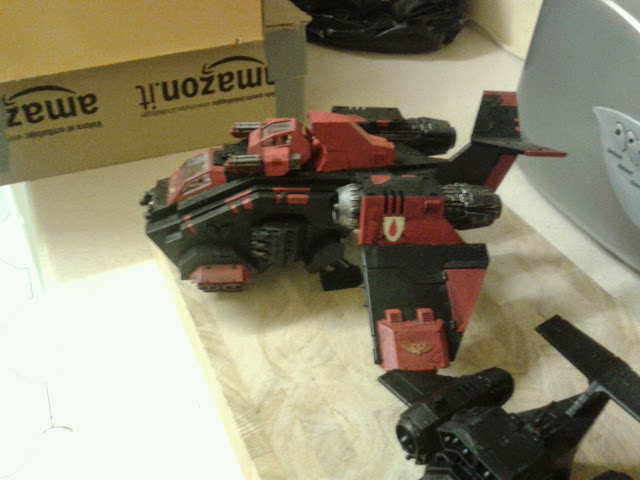 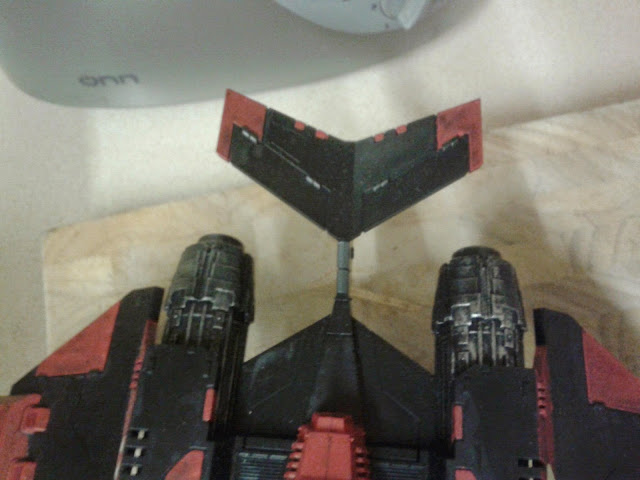 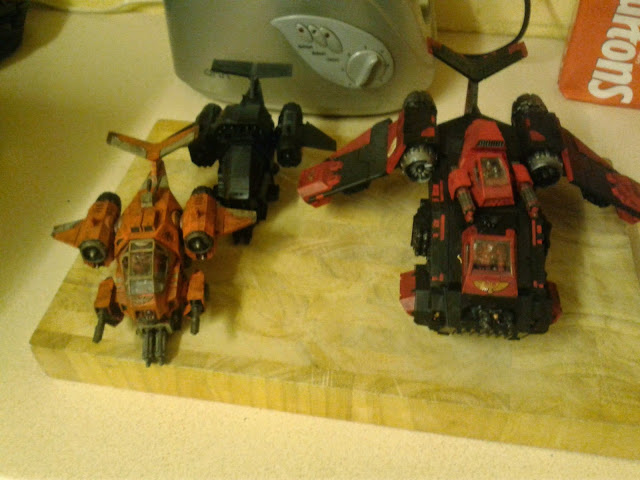 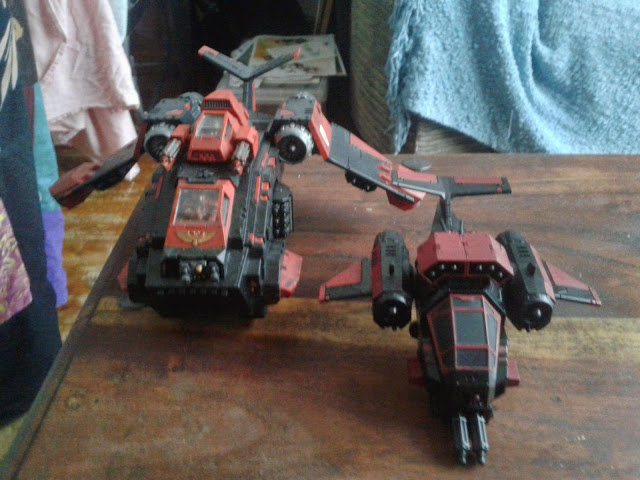 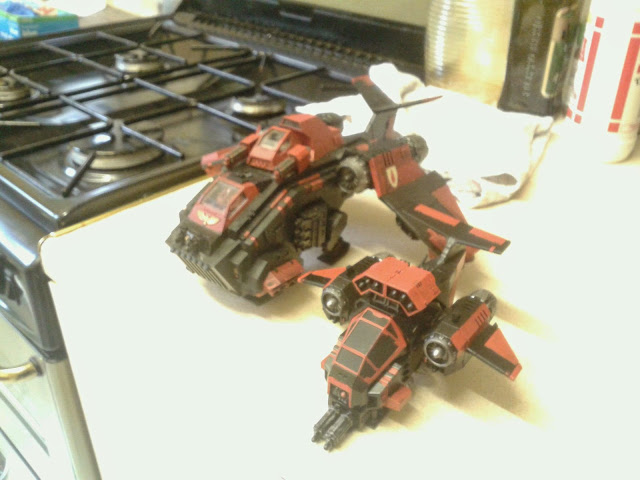 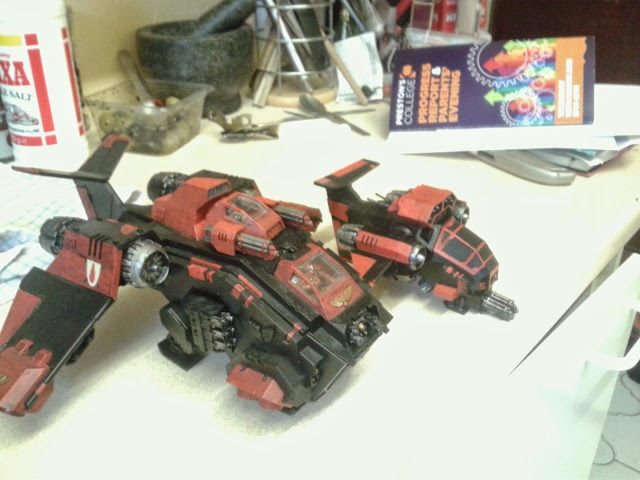 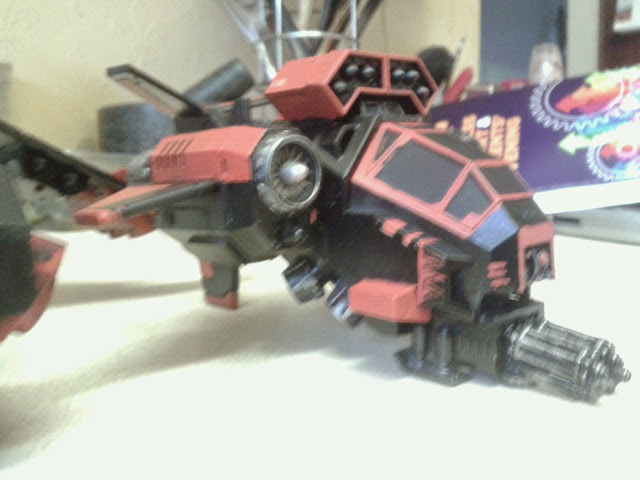 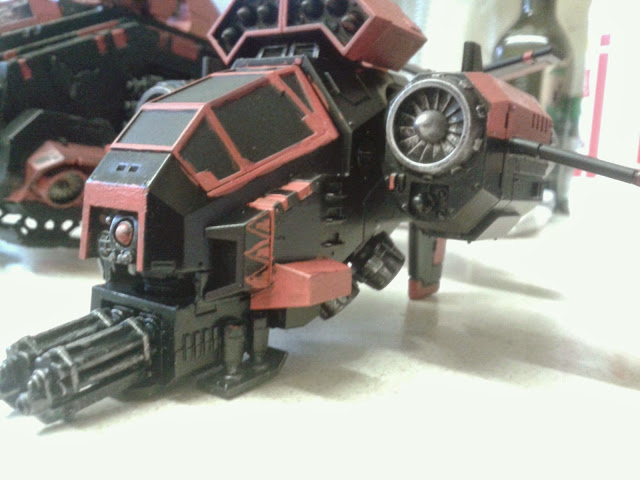 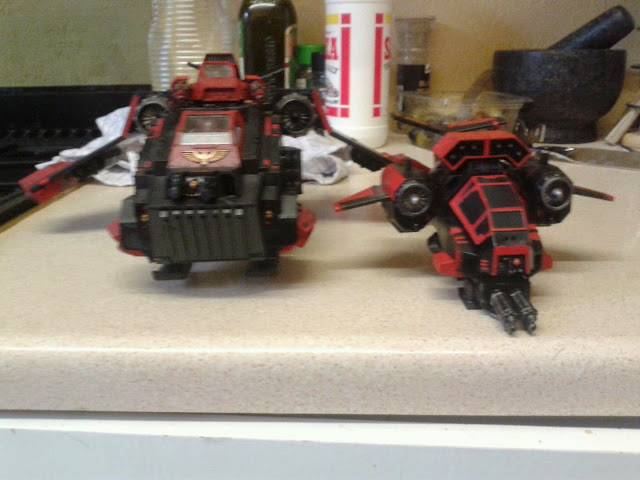 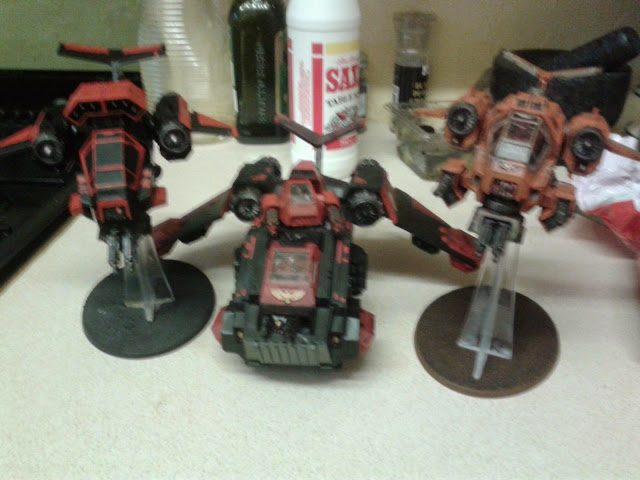 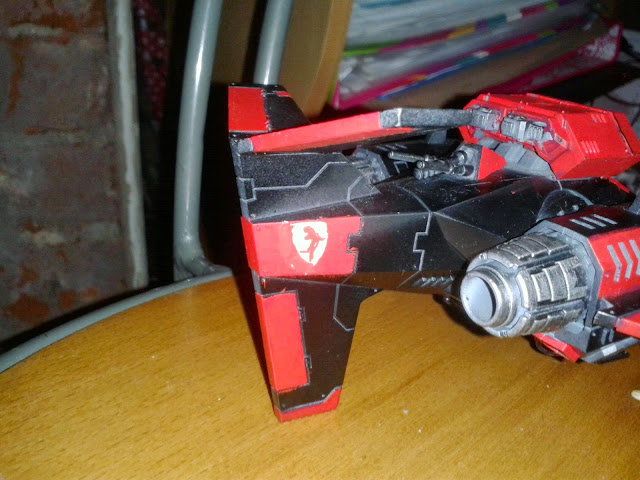 Posted by Poxy Proxy Predator at 17:50

Great idea with the missiles on top of the stormtalon. They look really cool there!

Thanks I just wish I could take the credit for it but I bought it off a mate who'd bought it off ebay like that. I agree next one is getting the pods up there.