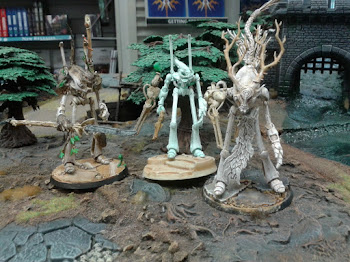 So as I'm moving my dates around which gives me few extra days to play around with. I need to find out how Telvig did in the Preston GW stores monthly contest. So I got everything I wanted to done this month, the Voidweavers where bumped when the DA Codex got released. I finished the new Death Jester 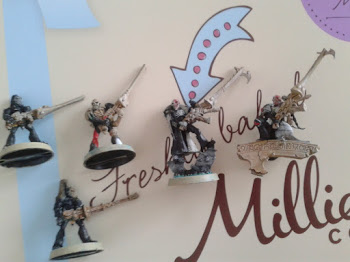 I'd like another one, that I'd cut the Shuriken Cannon off and add a Bright Lance to and use him as a gunner on one of the Raiders.

So the new DA Codex. First thought is okay, nice to get the toys at last.
Formations not that fusses really, rather narked that Deathwing and Ravenwing are Formations now, but did see that coming. No I don't think I'll be getting my Whirlwinds and Vindicaters to make those Formations, Preds I already have 3 to play with. When I slow down on the Eldar I might just pad out my air force not too sure. But the first thing I am doing is re-tasking Thunderchild. He's going to be one of my Wardens In White, with added seals, as only one of them gets let out to play at any one time, just need something to replace him with
Posted by Poxy Proxy Predator at 21:27