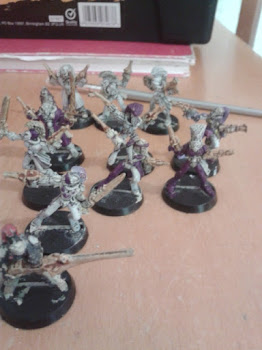 Started the last Troupe for my Harlequins Masque! I got these off ebay after a really crap day at work and I needed a pick me up. 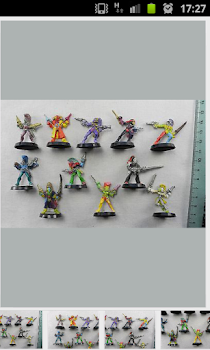 I base coated these in screaming skull as I've run out of Ushabatii Bone, I gave them a wash of Nuln Oil and dry brushed them with White Scar. 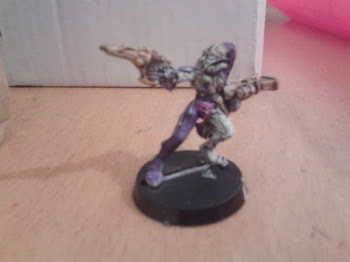 I left this chap as he is here as it had already been painted with the old Amathest Purple metallic. 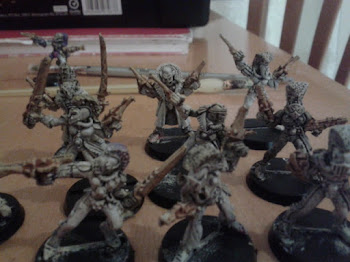 I've left the 3 at the back to mix up some of the other Troupes that have none GW minis in them.
After this troupe is finished I need a few more Harlequins to pad out the Crimson Kings Guard and League Of Shadows, I'll be searching ebay for 4 more Dark Eldar jet bikes to finish off 2 squads of my home brew Skyweavers, after that it's 6 Voidweavers and a swarm of Skyweavers. As most of my games are friendly I'll be picking up some DE Raiders as transports for the Troupes. The first troupe will be getting a Forge World Reaper for their Heavy Support slot and 3 Tantalos transports, with a trip to China to pay for I'll be limiting my buys this year so about one box a month after the bikes have been bought.

Posted by Poxy Proxy Predator at 20:25