Establishing A Base Line

One of the goals this year is to paint up some more of my Knight Of Blood and to see how badly I do at that I dug out the current strength of this army, and the poor photos we just haven't had decent light in over a month here.
So as I have mentioned I plan to run these guys as both a Blood Angel army and a Codex Space Marine army, for the C:SM side I plan to use either the Raven Guard Chapter Tactic or the Charchadon Chapter Tactic depending on who lets me get away with what, and I'm thinking about picking up this Flesh Tearers Codex that has come out if there's a print version or just 'vanilla BA' for the other side.
My starting point; 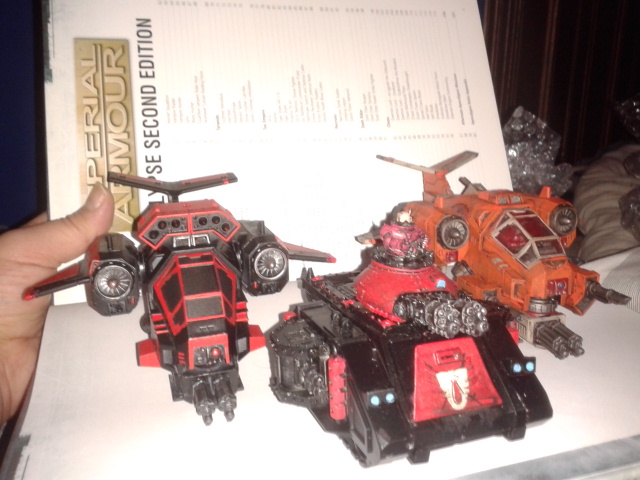 Storm Talons and Baal Predator, I plan to come up with a bit of background as to why there are a few of The Glorious 1000 bits of equipment in this army. 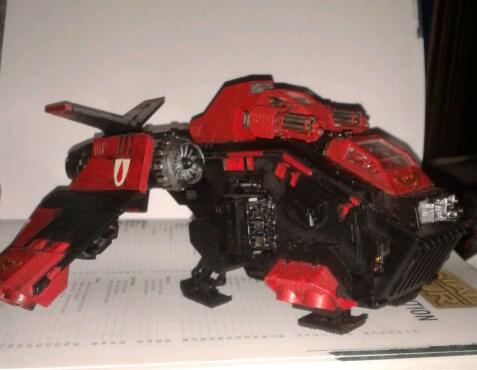 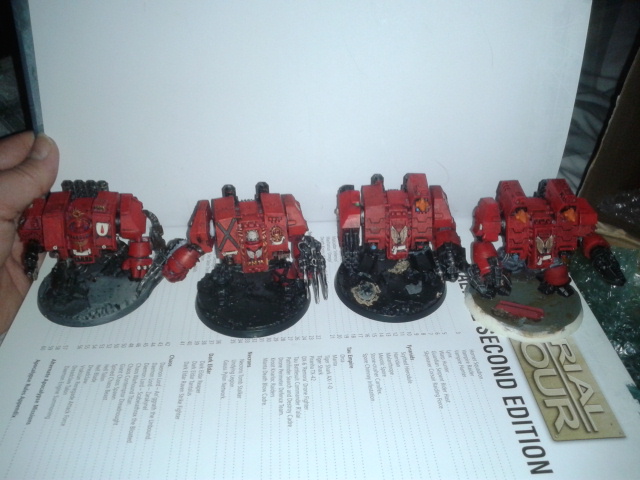 Dreadnoughts... I have another one to build but I'm waiting until I get another of the Bjórn The Fell Handed kits to build a 2nd Death Company dread with Murderfang claw's. Obviously the Ironclad are for the C:SM side of this army and the one with 2 hk missiles is the one I made with lots of options 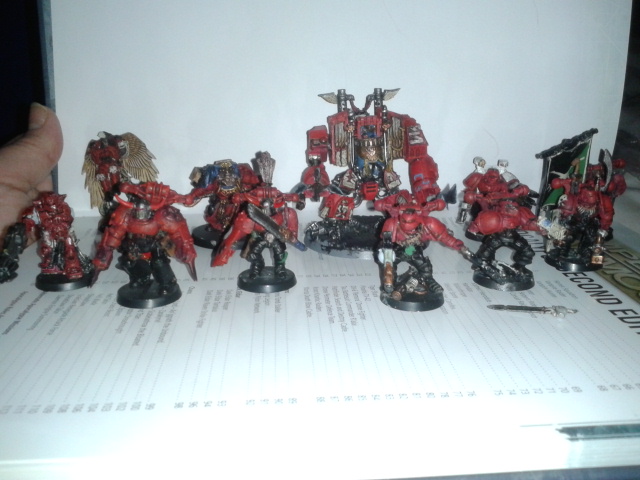 HQ, Asteroph, librarian in Terminator armour, Furioso Librarian Dreadnought, Company Master Jacob Kell in Terminator armour, counts as Tiberous The Red Wake ( still plan to get a squad of World Eaters Red Butchers for the lightning claw Terminator troop squad he grants you), Jacob Kell in power armour, I was thinking of running him as Gabriel Seth, but I might just run him as a Company Captain with Glaive Encarmine and artificer armour, Seth does feel right as a Lord Of War, and the command squad.

Posted by Poxy Proxy Predator at 17:34