First Paint Job Of The Year 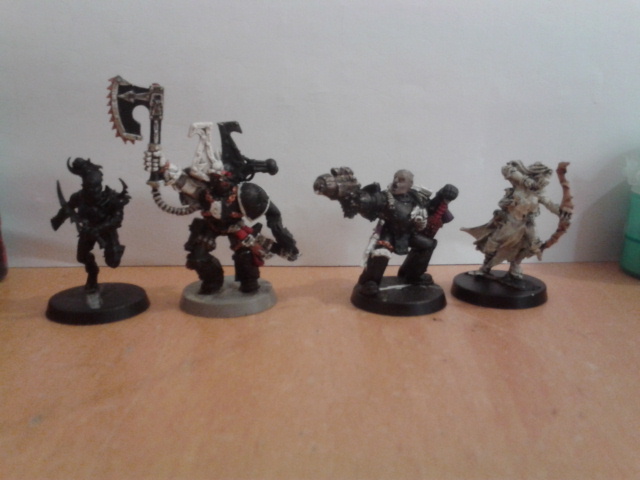 I started my painting list for this year today with a Dark Eldar Wytch, Berserker Champion, Plague Marine and Waywatcher. 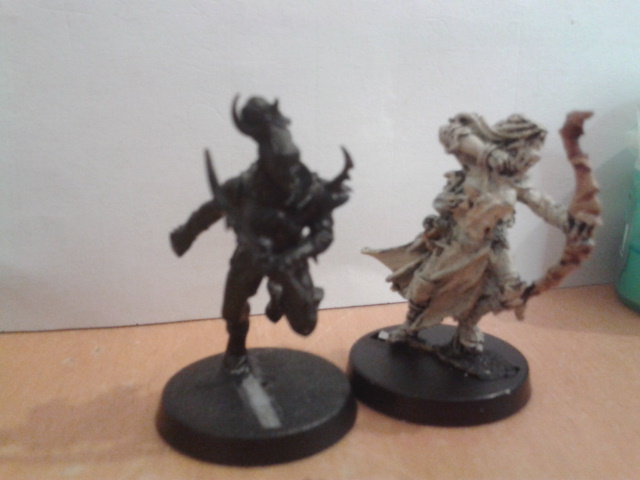 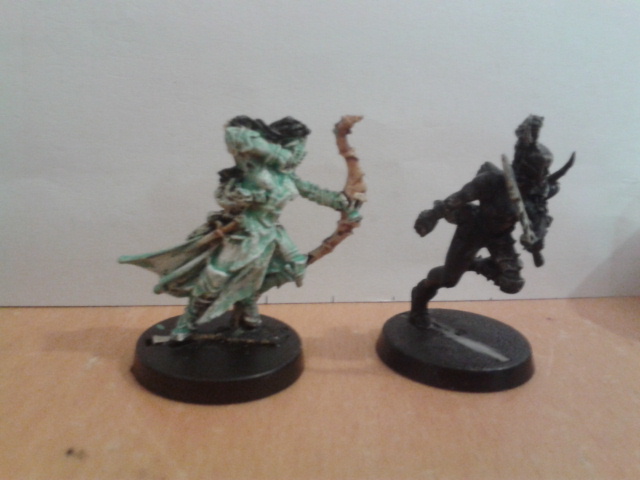 The Waywatchers has the ghost look I'm after and will be joining the Rangers as the current Jussi Nietos. The Mime is the last one which takes that Troupe to 12 and leaves me 3 short of the 150 "boots on the ground". 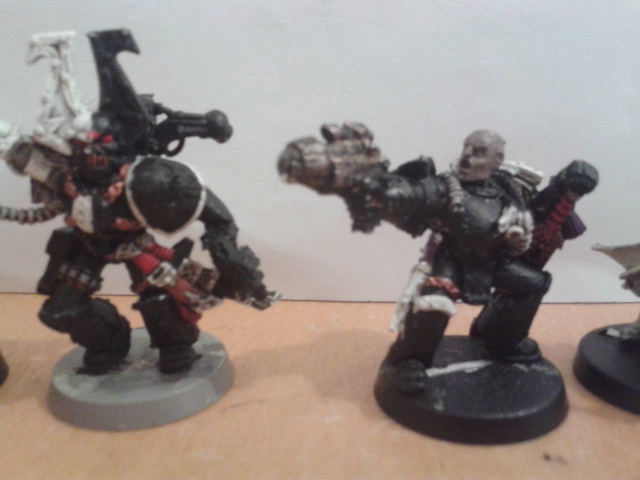 The Plague Marine is going into an Assault Squad as a Veteran Sgt and the Berserker Champion is going into the Knights Of Blood again as an Sgt, just not sure of what type of squad. 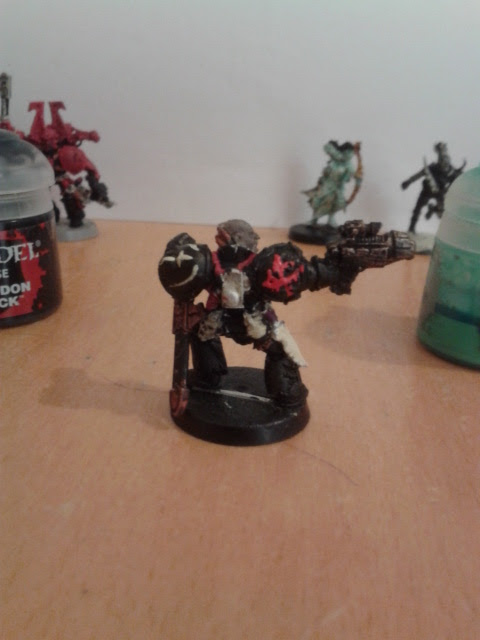 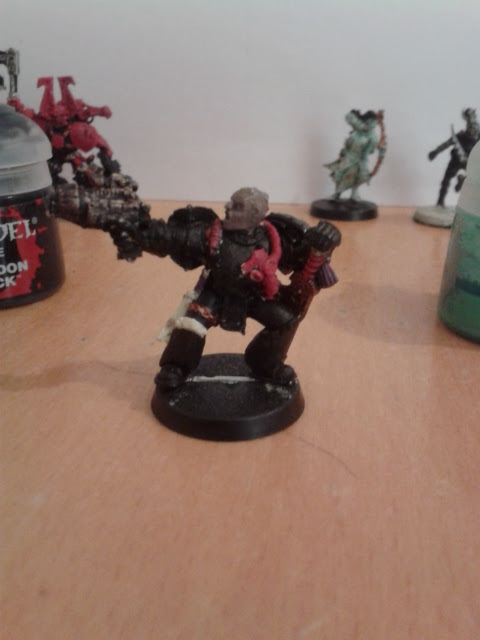 Had to spend some time going back over my old photos to make sure that the colours match as it's been a while since I last painted any marines for The Lion's Blades, went with the red on the mask and tubes. 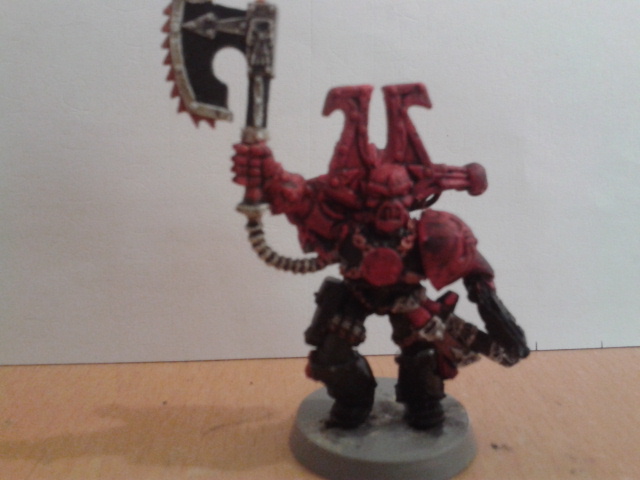 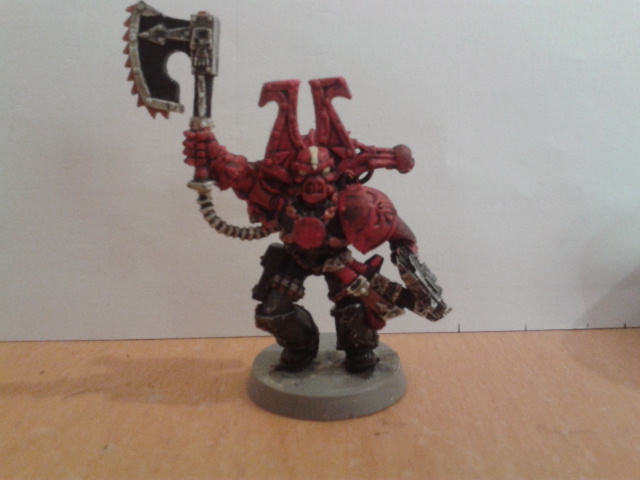 The zerker Champion follows my colours for the Knights of Blood even so far as going to the give the black a light ironbreaker dry brush. 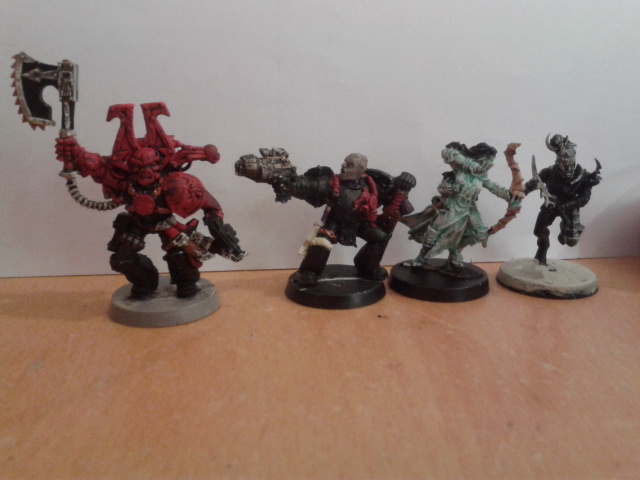 Posted by Poxy Proxy Predator at 08:31