Monthly Vow, 12th Of February, to the 12th of March

For the coming month I'm planning on getting the Ordo Astartes strike force painted, still planning one squad to match the Captain in black and red, think these'll be one of the mk4 squads, there's a second squad of mk4 marines and Intercessors and I'm trying to decide which I'm painting as Mentors and which to paint to match the yellow and grey dread. The Hellblaster combat squad and the Inceptors will be painted for The Lion's Blades, except one that'll be going into The Hounds to replace the one I painted black last month.
Review time;
First up was an Assault squad for The Hounds, these had been intended for The Knights of Blood, but thought it best to round out The Hounds with them.
Then I painted the Inquisitor, Andrea from Hasslefree Miniatures. She has ended up with a Primaris Plasma pistol.
Next up was the Phoenix Marines Captain , he had the Hellblaster pistol arm, but I swopped the pistol out with a spare Cypher plasma pistol that I found, it's the old metal version.
Then we had the trolling fun, with the Marneus Calgar's Dæmon Prince that was 60/40 fun and for a nebulous chaos project. To go with him I touched up the captain Sicarus I made for the Herald formation from the Gathering Storm book.
When that was done I started the re work on the Aggressors. I've re worked them with the Zinge Industries bendy ammo feeds, which let me put the magazines in a standard position rather than where ever you can with the plastic feeds from the kit.
Lastly was the 5 bikes I'd picked up to fill out the squadrons for the second company. 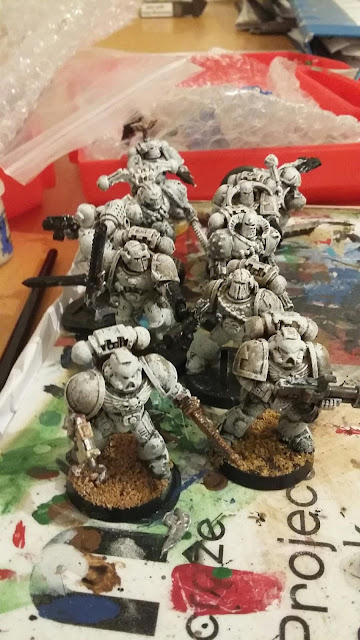 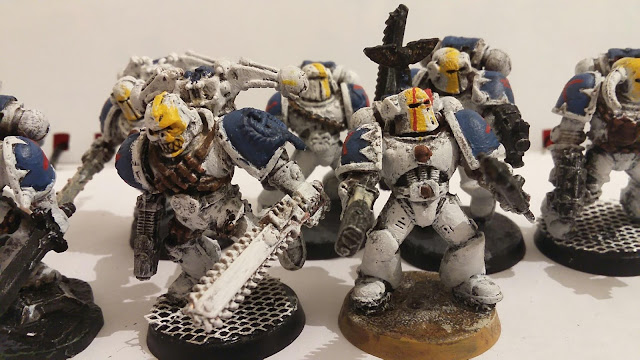 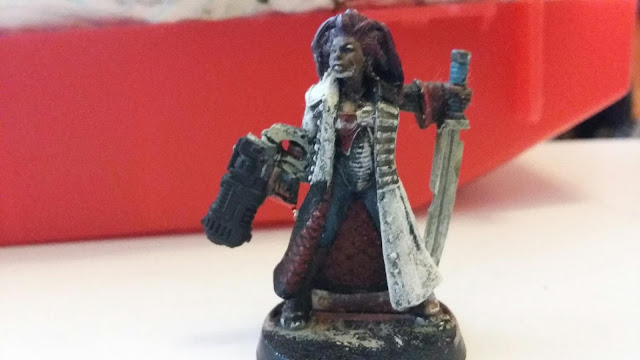 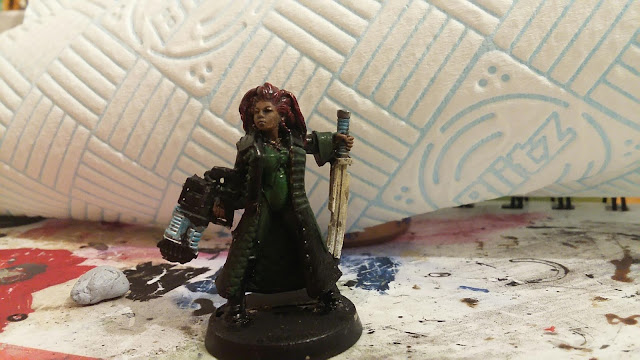 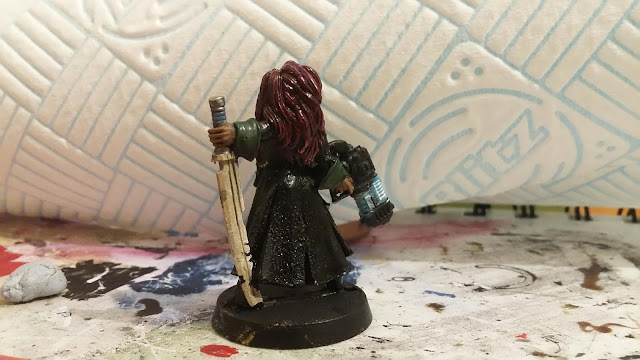 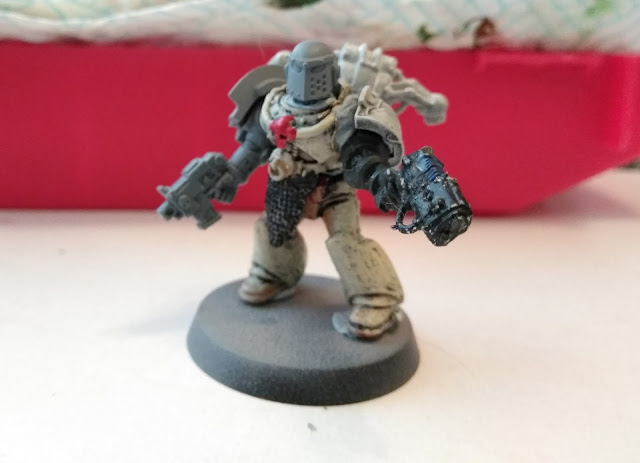 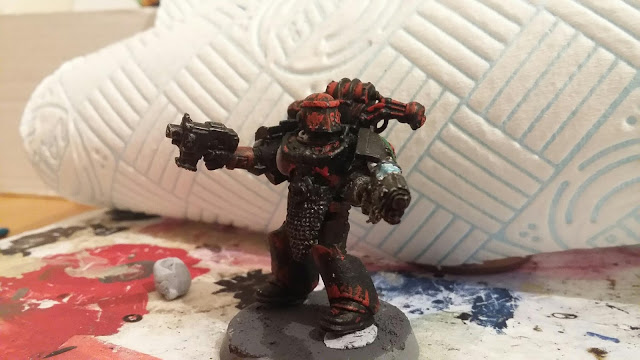 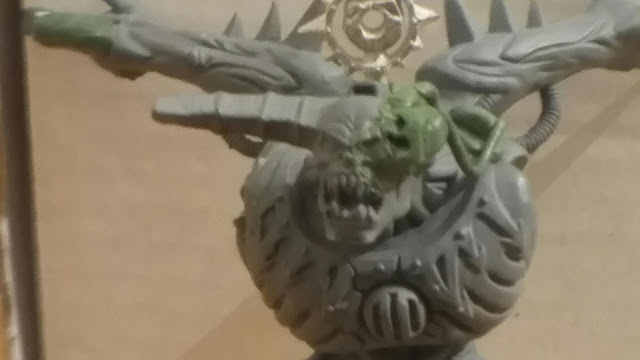 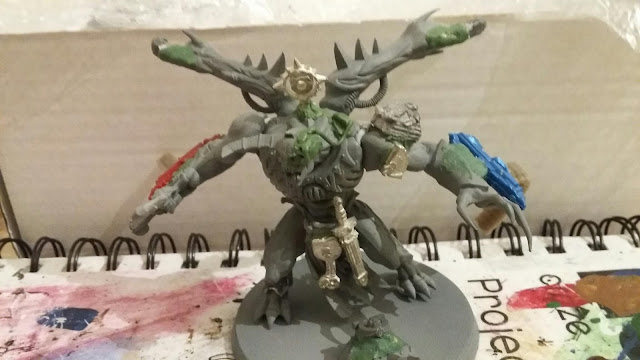 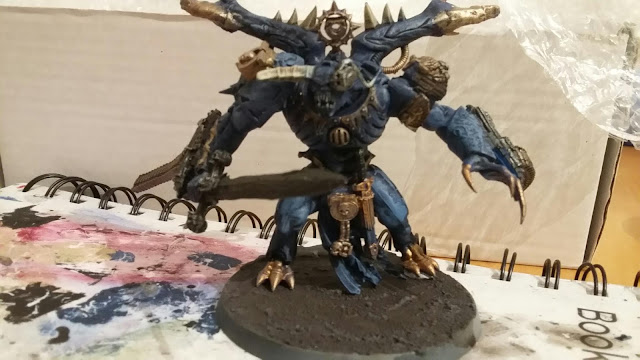 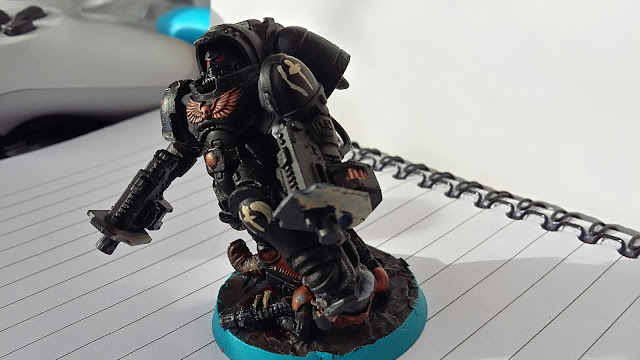 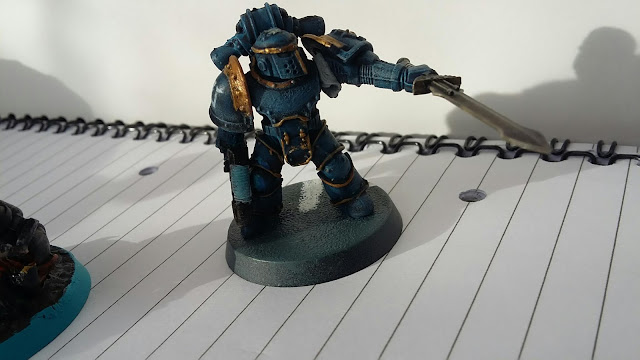 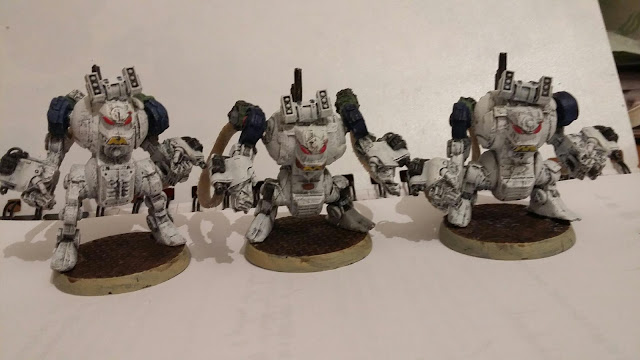 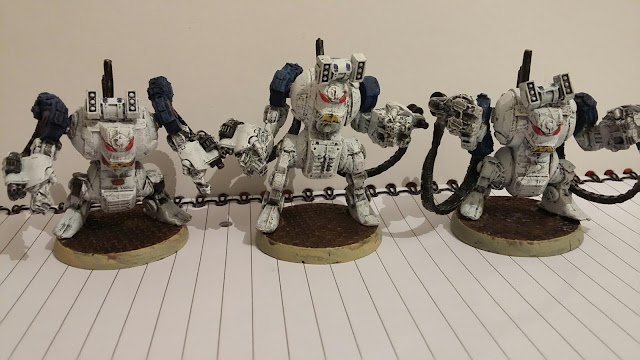 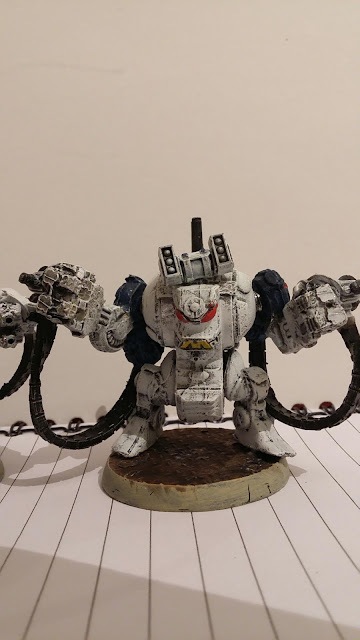 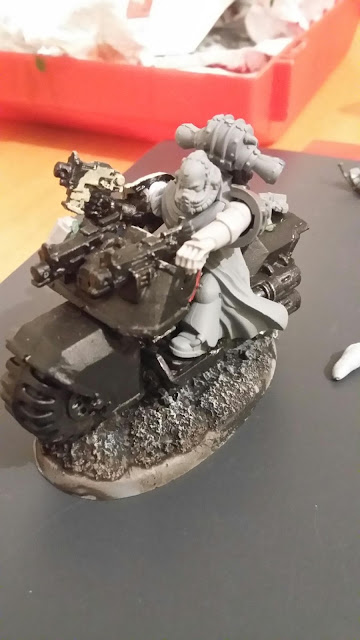 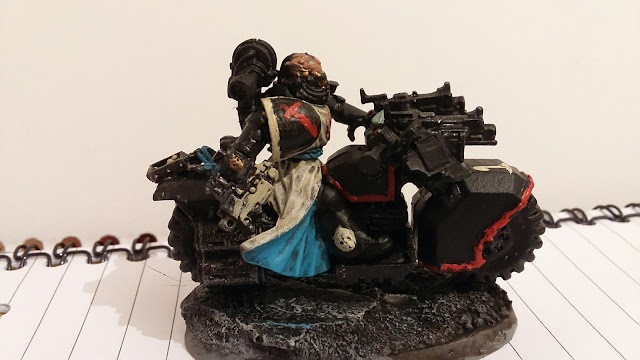 Posted by Poxy Proxy Predator at 18:38