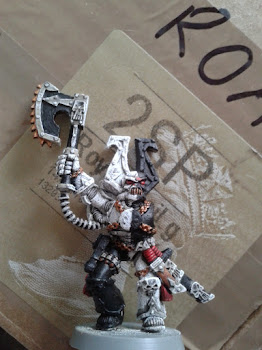 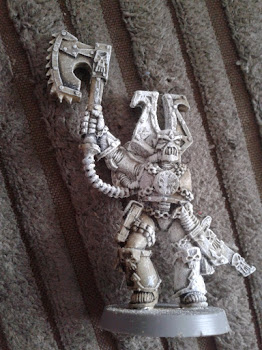 So first thing in the morning I washed it with Nuln Oil and the once dry I spent some time dry brushing half of him white, while I was doing that I was also dry brushing the sephia washed Void Weaver 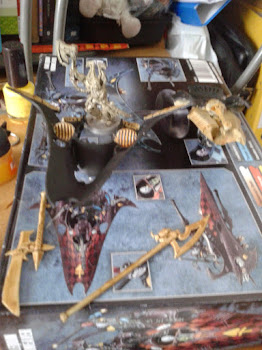 I also got the 2 Ghost Glaves out of the way. 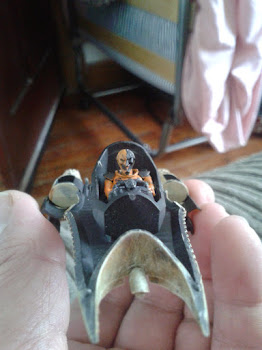 As well as painting the pilot with some orange and black. 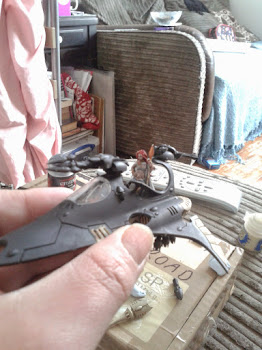 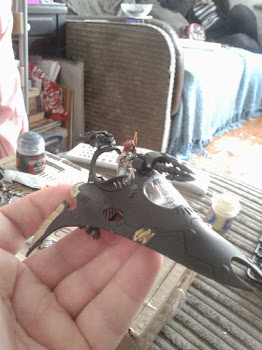 I still have to put some orange on the sides yet as well as actually glue the canopy to the keel, but I put it together for this photo with the Hasslefree Miniatures Boudi in the back for my gunner. This gives me 3 more spare Harlequins to use in a Troupe later, just need to check ebay for guns now...
Posted by Poxy Proxy Predator at 10:54