What haven't I got done this month? Well the only things I haven't finished are the Jussi Nietos and Grandmother Telvig but I did throw in the Sigmarine 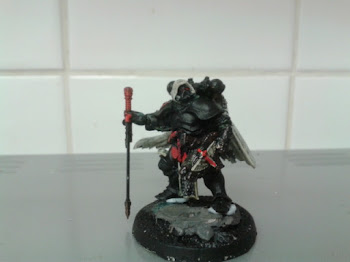 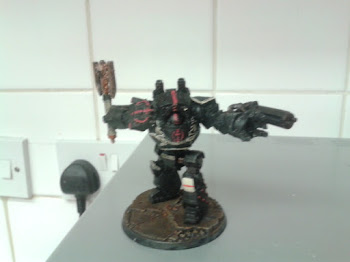 On top of all the rest of the things I got done this month, despite being ill and, so far this month working over 100 hours again and it's only the 11th. 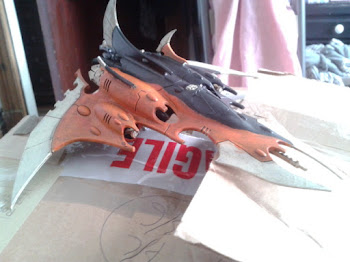 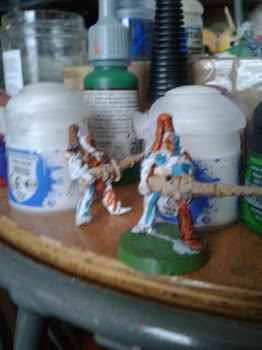 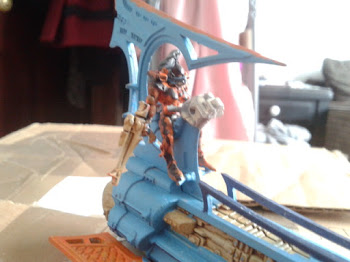 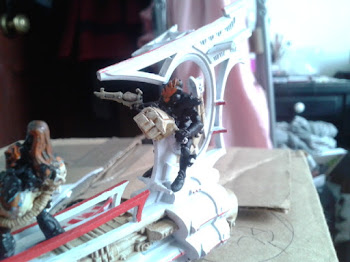 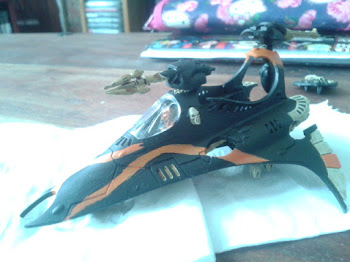 The 3rd Voidweaver was finished 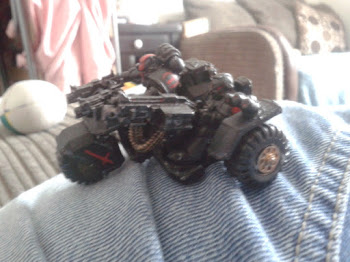 As well as the 3rd attack bike for the Ravenwing, just need 3 more bikes buying, as I think, even by my standards 3 squads of bikes is enough 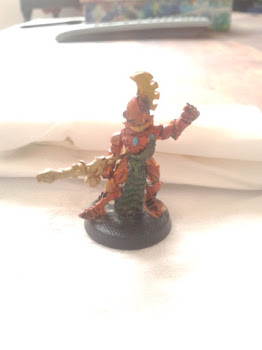 The Fire Dragon Exarch was painted 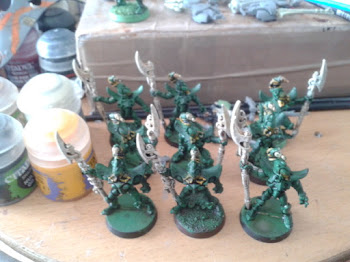 Along with 11 counts as Striking Scorpion and some objective markers.

So what do I plan on not finishing for September to October... Okay I have the 2 Wraith Lords to finished, I have a Troupe of Harlequins to paint and I have the prize that I won the 3 Vorax Battle Robots, as well as a plasma cannon to fit to the Contemptor, if I get those done I will get on with the Eldar Guardian squads for the Telvig Exodite. This month is also going to be tight money wise so no sneaky buying of stuff from ebay for me this time, and with it being this time of year a general slow down on buying stuff full stop till the new year really.
Posted by Poxy Proxy Predator at 05:54