Had a week away with work and while I had little free time I got a couple of units done. 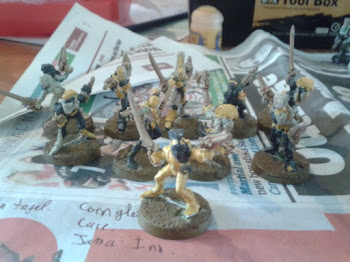 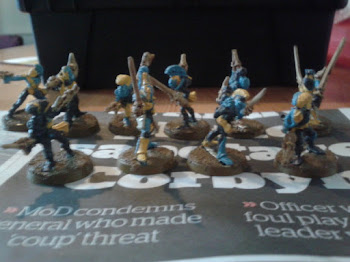 This Troupe are called The Gray Angels, the Star Player is The Grey Angel, the Troupe is led by The Half Heard, none of the others have names yet. 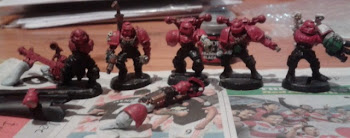 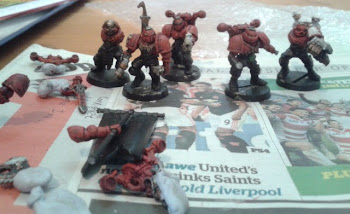 I also got the Command Squad done for the Knights Of Blood.

This is the standard bearer, I did have a chain sword arm on thid guy but I think the sword looks better. 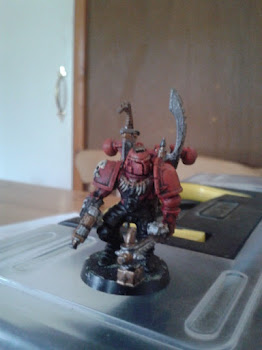 This is my Company Champion, rather barbaric looking I hope. This version of him is for the Charchadon version this army. I think I'll do a version for the KoB that is a little less loaded with blades.
Posted by Poxy Proxy Predator at 18:21