So part of the plan already finished, painted up the Vengence in the colours of the XIX Orders 2nd Company. I decided to add a red stripe to the helmets to denote veteran status of the 3 Marine crew. I've also taken the plasma cannons off, one came off nice and easy, t'other one broke the stud off so I've had to magnetise it. I filed out a recess in the turret and cannon for the magnet and then had to file the magnet down as it wasn't square. It still isn't but at an angle you don't see it. Next step will be to get the pieces together to mock up  something that can pass off for a Dark Shroud. 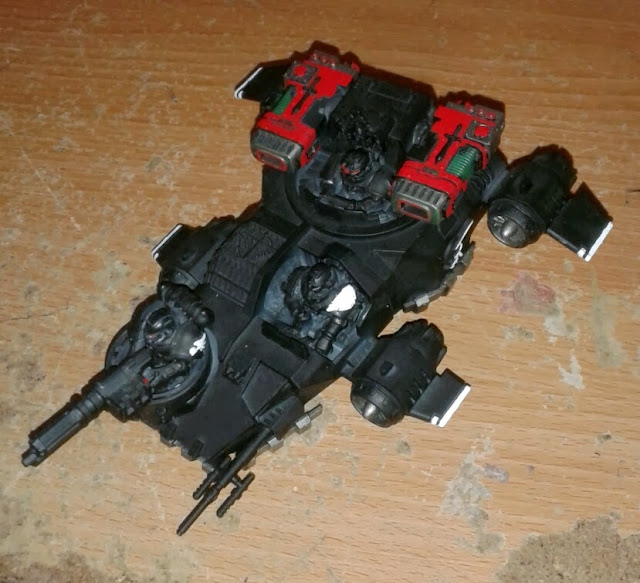 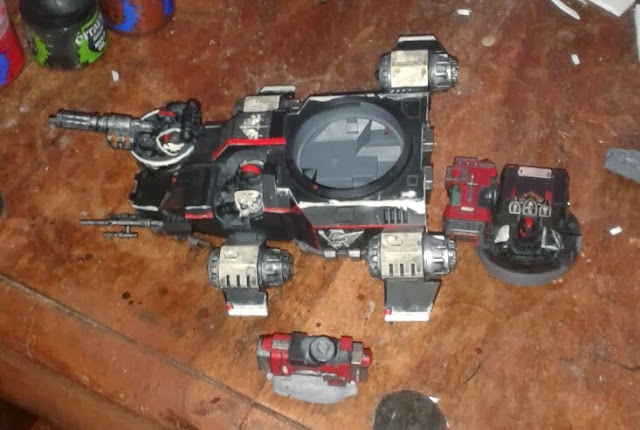 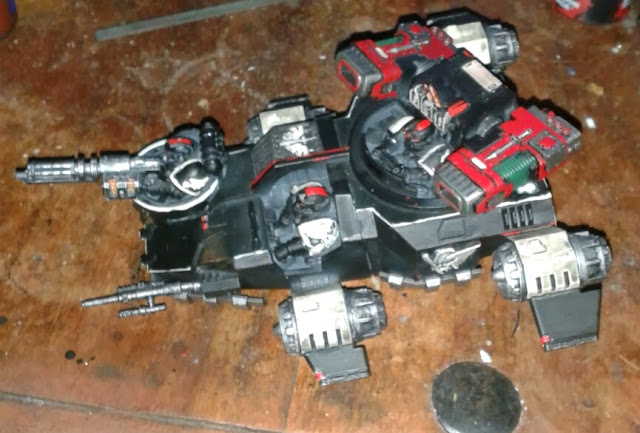 Posted by Poxy Proxy Predator at 15:54