Got 9 of the nasty, nasty Khorne Berzerkers (nasty as in Chaos following, not a statement about the state of the models when then arrived) out of their little box over the weekend and gave them a coat of black, I also got the robed veterans out of the case and started taking arms off them so I can fit them to the Berzerkers and make them into my Assault Squads. This unit looks good so far, just need to add some detailing to the black armour, like colouring on the belts, chains and bolt shells and to try them with Jump Packs for size, and of course some normal power packs. The robed vets are being made into Sgts for the The Lions Blades and also for the The Unhallowed, if I have enough of course as I intend to make 10 of them into a Chosen Bodyguard for Cypher in The Unhallowed. The Dev Squads in The Lions Blades didn't get any robed as I feel that the Veteran upgrade, with it's +1 attack and +1 leadership, isn't really worth it when the unit is designed to sit in a hard point and shoot sh...tuff. The 2 Chaos Marine Squads and the 2 Havoc Squads in Y(pronounced "the", see you're even learning Welsh here!) Unhallowed will get their Champions replaced, the current Chosen Squad won't as they were made from Khorne Berzerkers as well and look good as they are. Just now need to decide if I want to to change the Lord to a robe or not as I think that if I do do that I'll have 3 Veterans spare with The Chosen bodyguard for Cypher. 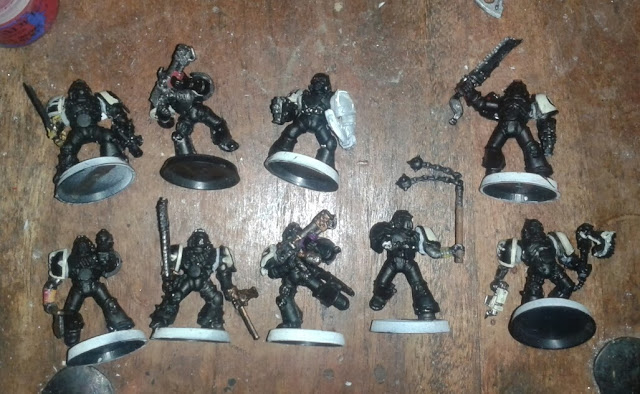 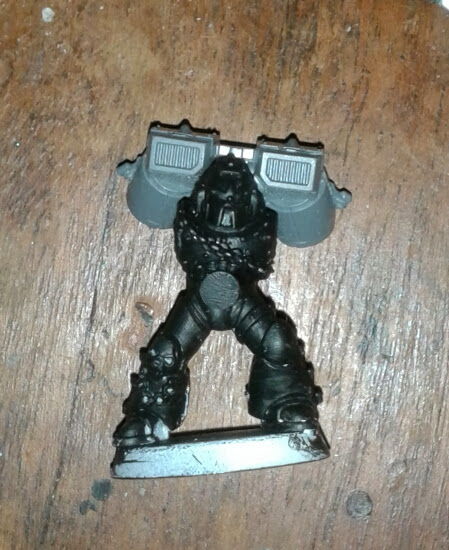 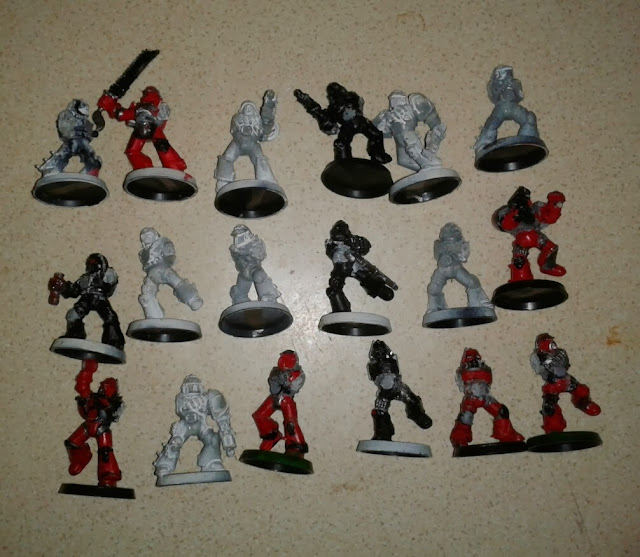 Posted by Poxy Proxy Predator at 14:59