The re-work of Timberwolf and the 2nd Death Company dreadnought got finished last night. 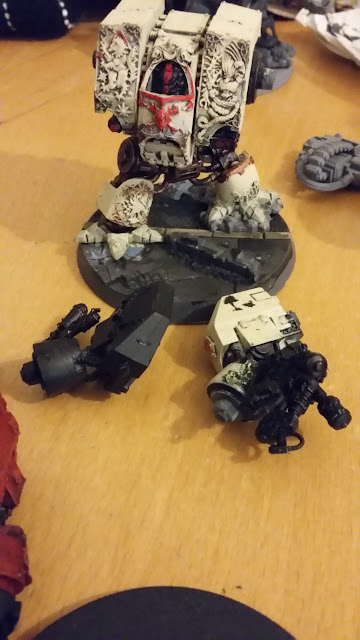 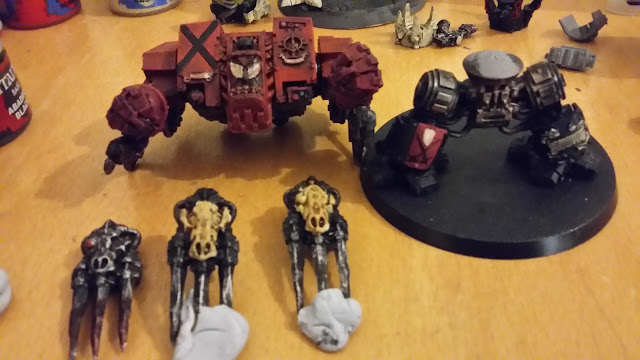 That'll teach me to tidy the photo album up before I post, I only had a hand, arm and 3 flamers to paint for Timberwolf and the hands and claws for the Death Company dread.
Base coated both sets that needed doing, reds on the Death Company and Ushabati Bone on Timberwolf, both got a nuln oil wash.
I picked out the skulls on these claws for a different look than the first. 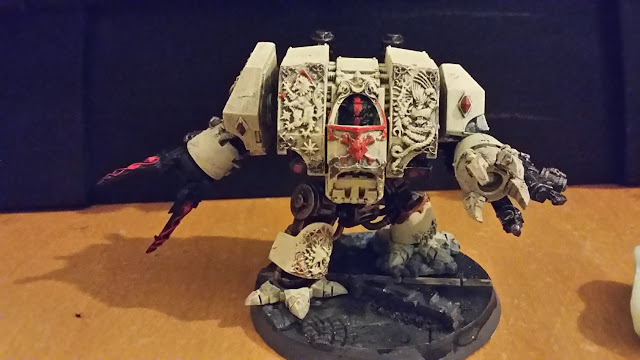 Timberwolf has the Bjórn claw on his left hand, I noticed the claw was put together wrong, and I magnetised the flamer and put a standard hand on the right arm and the 2 flamers. 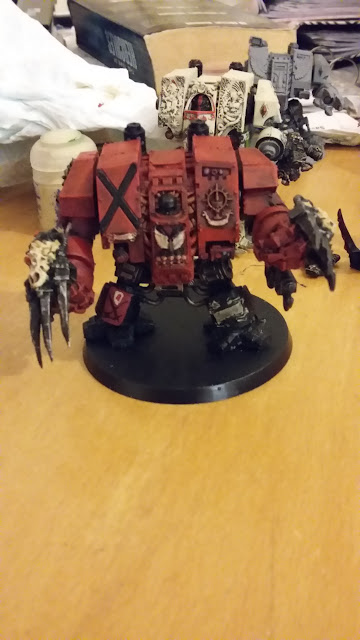 The Death Company Dreadnought has the claws blu tacked on and has ended up with 2 flamers.

Posted by Poxy Proxy Predator at 17:38